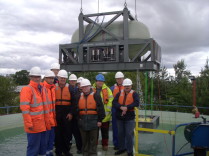 The SSH Controllable Buoyancy Solution was invented by company founder, Phil Pritchard, in response to the increasing challenges and opportunities identified within the offshore and subsea industries including renewables, salvage, telecoms, mining and oil and gas. It has been brought to life, and to market, through the collaboration of industry and academia and with the benefit of Innovate UK grant funding.

We have successfully taken the initial concept through a number of technical challenges and delivered two 5 Tonne Lift working prototype systems which provide the platform for developing and delivering a range of novel lifting systems and solutions.

The company enjoys the protection of a number of globally granted patents.

Inventor of CBS and founder of the company. After graduating from university Phil assumed a career as freelance IT Consultant undertaking contracts with large, “blue chip” clients throughout Europe and the Middle East. Latterly, he became interested in the potential of applied buoyancy after reading an article in the Financial Times on sunken wrecks. He successfully created and led the collaboration of leading industry and academic partners who brought his invention to life, and which now provides for the foundation for the company’s supply chain. His ambition is for Smarter Subsea Handling to become the supplier of choice of subsea heavy lift systems and services to offshore contracting companies.

Richard joined the company as a director whilst a senior partner in a mid-tier accounting practice in the City, specialising in SME consultancy and audit services with a particular focus on technology based companies. Following successful prototyping and trials, and retirement from the accounting profession, he has been leading the company's development and commercialisation of its patented technology. His ambition is to grow the SSH brand globally and create sustainable value within the company.

Peter is a professional mechanical engineer with nearly 40 years of experience.

He started out in manufacturing in 1983 designing and producing structures for Formula 1 cars in advanced lightweight materials including carbon fibre composites.

Peter has been involved in motor racing and road vehicle engineering for many years and helped Bentley win Le Mans in 2003. He has also spent time at Lotus Engineering, VAG and McLaren Automotive. He has spent time outside of the automotive arena on military, aerospace and marine programmes. 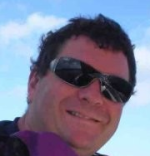 36 years’ experience in the field of Cryogenics

John has enjoyed a successful career, primarily in Formula 1, in R&D and technical leadership roles. Through his company, Dragonfly Technology, John conducts commercial consultancy on a wide range of projects, specifically focusing on Aerodynamics, Vehicle Dynamics and Control Systems. He provides a key role in developing, designing and testing the control systems we need to operate ROVAR and our Controllable Buoyancy units. 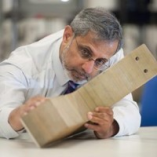 Professor Shenoi is the Professor of Lightweight Structures within Engineering and Physical Sciences at the University of Southampton. He is the founder and first Director of the Southampton Marine and Maritime Institute (SMMI).

He led the original academic research and development of Smarter Subsea Handling’s controllable buoyancy system and will provide continuing challenge and support in the further design and development of our system during our commercialisation.

He graduated in 1974 with a degree in naval architecture from the Indian Institute of Technology, Kharagpur. Between 1974 and 1978 he worked successively in Mazagon Docks Bombay and Arya National Shipping Lines, Tehran before returning to academe, to the University of Strathclyde, Glasgow from where he obtained his doctorate in 1981. Since then he has been at the University of Southampton as Lecturer, Senior Lecturer, Reader and, now, Professor. He is a Chartered Engineer, being a Fellow of both the Institution of Mechanical Engineers and the Royal Institution of Naval Architects. 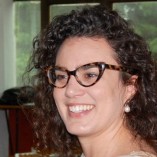 Eleonora is a Fellow of the RSA London & has a Master of Science in Environmental Technology from Imperial College London.

She is supporting Smarter Subsea Handling in aligning its environmental credentials with the wider ESG agenda including contributing towards meeting a number of the UN’s Sustainable Development Goals.

Eleonora specializes in bringing to scale high-tech and low-tech innovation. Eleonora works for the Office of Innovation at United Nations Children’s Fund (UNICEF) as Innovation Portfolio Manager (Global Climate Change & WASH Portfolios). Prior to joining UNICEF, Eleonora worked on the technical development and carbon certification of a variety of environmental technologies. She co-authored the W+ Carbon Accounting Standard which won the 2016 UNFCCC Momentum of Change award. 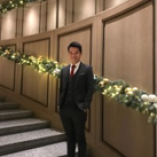 Raffle leads GITP.Asia who specialise in the cross-market transfer of technological innovation, including the licensing and sales of intellectual property (IP) and technology commercialization with a particular focus on China and other developing areas of Asia.